with Frontier Fiber when bundled.

The world is changing fast, and while we don’t yet have flying cars, self-driving ones are on the way. Emerging technology, though, attracts a lot of jargon and buzzwords that often obscure what it really means for you and your business. If you’ve ever wondered if “machine learning” was a Terminator-goes-to-college spinoff or what the “blockchain” can do for your donut shop, this is the article for you.

This is a high-level overview of seven of the biggest up-and-coming tech trends you should know a little bit about—and how they might affect your business. The impact of emerging technology is always hard to predict, so this isn’t a definitive preview of the 2030s, but a 2021 view of what’s already on the horizon.

AR and VR are slightly different uses of similar technologies.

AR is where digital elements are overlaid on a live view of, well, reality. Instagram Live and Snapchat filters that change the shape of your face or add a gigantic pair of sunglasses to your selfie are AR. VR, on the other hand, is where you are totally immersed in a digital world—normally with a headset. Games are some of the most popular uses right now, but both technologies (and a combination of the two called “mixed reality,” or MR) have a lot of interesting potential for businesses.

The biggest ones, right now, are for training and healthcare. With a set of MR goggles, workers in a truck factory can be trained on how to do different tasks—and a computer can make sure they get it right. Similarly, surgeons can use AR to view a 3D image of their patient’s heart as they operate.

If you want to find out more—or try and implement it into your business—check out the Microsoft HoloLens.

You’ve probably heard of artificial intelligence, or AI. It’s the idea of developing computers that can think independently. We’re not anywhere close to that reality yet.

However, the best system we’ve got right now is called “machine learning.” It’s not one technology, but dozens of smaller interrelated techniques, where computers are taught (or taught to teach themselves) how to perform tasks, instead of being directly programmed.

A simple example is image recognition. If you wanted to make a computer that could recognize dogs, the traditional way to do it would be to program it with a series of rules: Does it have two ears, four legs and a waggy tail? If yes, dog; if no, not dog. The problem is that things like image recognition are difficult to establish rules for. What if you’ve got a photo of a three-legged dog?

Machine learning is very much a background technology. For most businesses, it’s going to enable new software solutions and automation (coming up next), rather than be something you interact with directly.

Robotics and automation have already revolutionized the manufacturing world. Many large and high-value items (like your car or your smartphone) are made, in part, by gigantic robots—or at least robotic arms.

And, while robotic arms can’t do everything, more and more jobs are going to get automated. Simple things that used to be done by people, like creating a to-do list to assign tasks, will be done with an app. Even professionals like attorneys will see their industry change up a bit.

A lot of recent automation developments, like self-driving cars, have been underpinned by the big advances in machine learning. It’s the visible face of some major underlying technological changes.

One relevant thing to note is the growing arena of “personal automation,” where you use apps built into your phone or a service like Zapier to automate parts of your life. These tools can be really powerful for small business owners.

4. The Internet of Things (IoT)

The Internet of Things (IoT) is the umbrella term for the vast number of devices you can buy that will provide data over and to the internet. Smart fridge? But of course. It will tell you what you need to buy, and it will tell the manufacturer when you need service. Voice-controlled faucet? Why not? Wi-Fi–enabled bed? You’ve got options. The networks in the home go from Wi-Fi to Bluetooth to Zigbee to Z-Wave to Clear Connect to….well, there are a lot.

It’s happened because Wi-Fi and all of these other technologies are nearly ubiquitous. They let manufacturers update their products automatically, get usage statistics and service diagnostics.

There are lots of benefits to the IoT. Simple things like smart bulbs enable you to automate the lighting in your store, so you don’t run up unnecessary electrical charges. It’s why you can check your store’scameras with a smartphone app. However, there’s one major downside: security.

As you know, anything that can be connected to the internet can be targeted by criminals. In lots of cases, IoT devices can be accessed by anyone with the default username and password. Before you install smart devices in your workplace, make sure you have the right security software. Check with your internet service provider to see if they include a comprehensive security solution for smart devices in your business.

Blockchain is perhaps the buzziest buzzword in emerging technology. It’s at the core of Bitcoin and a lot of other cryptocurrencies. There have been tens of thousands of words written explaining what it is, how it works and what it means—and it’s not as out there as it sounds.

A blockchain is a database, a long list of public records. Each new record or “block” that gets added contains all the information in the previous block. And it’s all calculated and secured with “cryptography”—basically, using unimaginably huge numbers as codewords. This means that it’s incredibly difficult (or practically impossible) to change or edit data that has already been added.

A blockchain makes it possible to have secure transactions (in the case of Bitcoin, financial transactions) without a middleman, like a bank. Bitcoin’s blockchain is a list of every single transaction that’s ever been made with it—and anyone can check it—so there isn’t a central authority.

Of course, things quickly get a lot more complicated the deeper you dive. For small business owners, though, you can follow a simple rule: If someone is selling you something that involves blockchain, it’s very possibly one of Bitcoin’s ubiquitous phishing scams. It’s still an incredibly niche technology, though it’s showing some promise for supply-chain control.

Most security cameras are pretty low tech. They’re handy for keeping an eye on things, but it can be really hard to identify someone from a few grainy shots.

There’s some technology that could change this: voice, image and motion recognition. How we speak, how we look and even how we walk are all unique to us. Computers have, historically, struggled to identify people based on these factors, but they’re getting better at it. Just think how an iPhone’s Face ID compared to early facial recognition cameras.

Over the next few years, you can expect that cameras and security systems capable of tracking individual people will be used more and more in airports, government institutions and other secure facilities. And then, they’ll get more affordable and more widely available and start to be used by regular business owners.

Of course, security isn’t the only thing these systems could be used for. They might be used to identify your best customers, automatically add someone’s loyalty account to an order or even show you personalized ads on public billboards.

3D printing is exactly what it sounds like: printing, but in three dimensions. (And you’ve likely already heard of it or seen it.) Layers of quick-setting material (normally plastic, but sometimes metal or ceramic) are printed one on top of the other. It’s being used to make everything from Iron Man costumes to jet engines.

3D printing is already reshaping prototyping and manufacturing. Designs can be quickly revised and iterated on, the same printer can make anything you want and you can do it all in any location—rather than in a dedicated facility.

Small home 3D printers now only cost a few hundred dollars. The problem is they can only really print with plastics, which limits what you can do with them. As small metal 3D printers come down in cost (and large concrete 3D printers get more widely available), it’s safe to say that how things are made is going to change dramatically. It’s not hard to imagine a future where every business has a small 3D printer on site for making spare parts and simple, everyday items, like screws, hooks and handles.

Can you go fiber-fast?

See what internet speeds are available in your area. 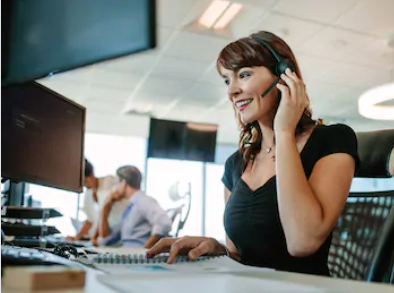 To grow your business further, faster, give us a call.

Congrats! Frontier services your area. Please fill out this form and we'll call you soon.

By clicking "submit," you consent for Frontier and partners to use automated technology, including pre-recorded messages, cell phones and texts, to contact you at the number provided. This includes if the number is currently on any Do Not Call Lists. This consent is not required to make a purchase.

How much speed do you need?

Business Suite:
essential business tools for our digital world FREE with every offer
(an $800+/year value)

Looks like we haven’t expanded fiber to your area —yet.

Submit this form and be the first to know when Frontier Fiber will be in your area.

Thanks for choosing Frontier.

Interested in upgrading to fiber-optic internet? Give us a call to learn more. 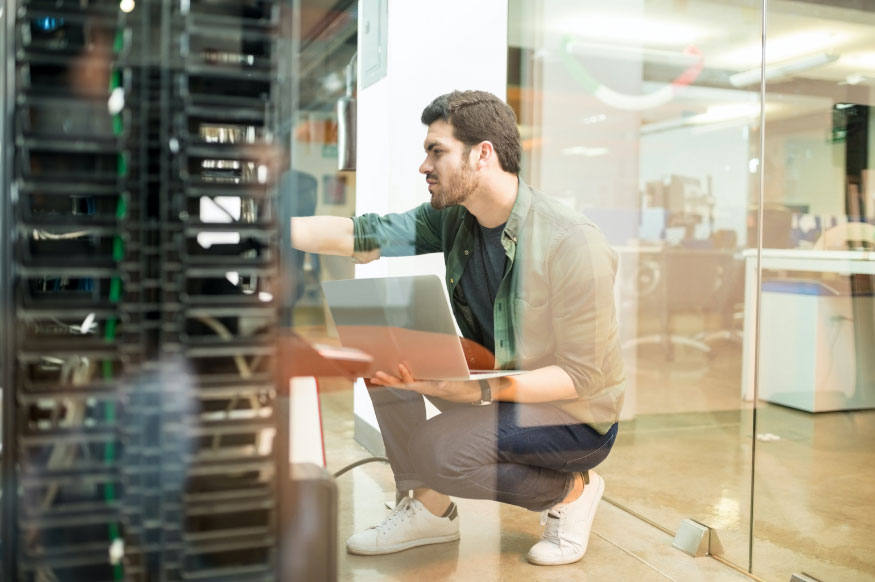 Sorry, our service is temporarily down. Please check again later!

Got questions? Please give us a call.

Frontier FiberOptic Internet will be availble in your area soon! Please complete this form and we will be in touch.

Thanks for choosing Frontier for your voice needs.

Interested in additional Internet services? Give us a call to learn more.

Looking to upgrade your service? Give us a call.